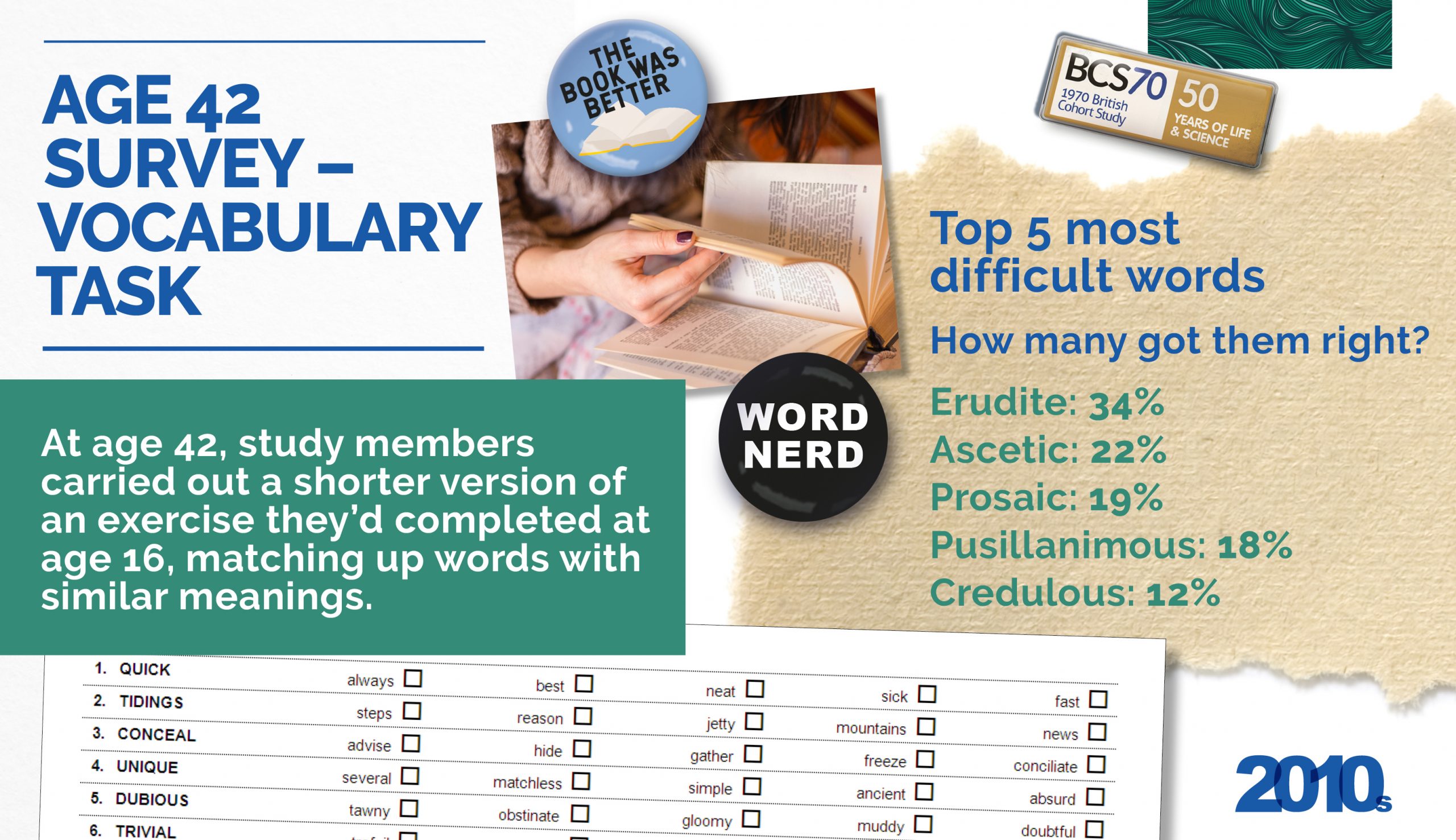 Almost 10,000 of you took part in the Age 42 Survey. It involved a 60-minute interview which included questions about your family, health, job, leisure activities, attitudes and values. You also took a vocabulary task, which was a shortened version of an exercise that you had taken when you were 16.

During the Age 16 Survey (“Youthscan”) we gave you a list of 75 words, and for each word we asked you to pick another word with a similar meaning from among five choices. At age 42 we asked you to do the same thing, but this time the list was much shorter, with only 20 words. Giving you the same test at ages 16 and 42 allowed us to examine how vocabulary levels had changed over time.

Researchers analysing the results of the assessments at both ages found that study members who read for pleasure frequently at age 42 had experienced greater growth in their vocabulary between adolescence and mid-life than those who did not read. What you read appeared to matter as much as how often you read, and that those who read ‘highbrow’ fiction made the greatest advances in vocabulary between ages 16 and 42.

Find out more about the Age 42 Survey and our reading for pleasure findings.