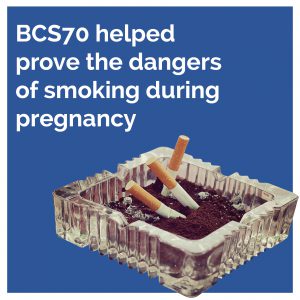 Today it is common knowledge that smoking while pregnant is harmful to the child. But this was not always so well known. BCS70 helped to shed light on the effects of smoking during pregnancy, and of parents’ smoking more generally. The study has found that parents’ smoking is connected to outcomes in their children from birth right through to adulthood.

The connections between parents’ smoking and children’s outcomes are known as ‘correlations’, meaning they are related in some way. It is not always the case that smoking is the cause of these outcomes.

What we asked you and your families

We have continued to track your health throughout your entire lives. In fact, the next survey at age 46 will have a special focus on health.

Babies whose mothers smoked while pregnant had lower birth weights than the children of women who did not smoke, regardless of social background. However, more disadvantaged women who smoked faced the additional risk of their children being stillborn or dying in the first few weeks of life.

BCS70 has shown that if mothers continue to smoke as their children grow up, their sons and daughters are at an increased risk of a range of health problems. For example, children whose mothers’ smoked were more likely to: 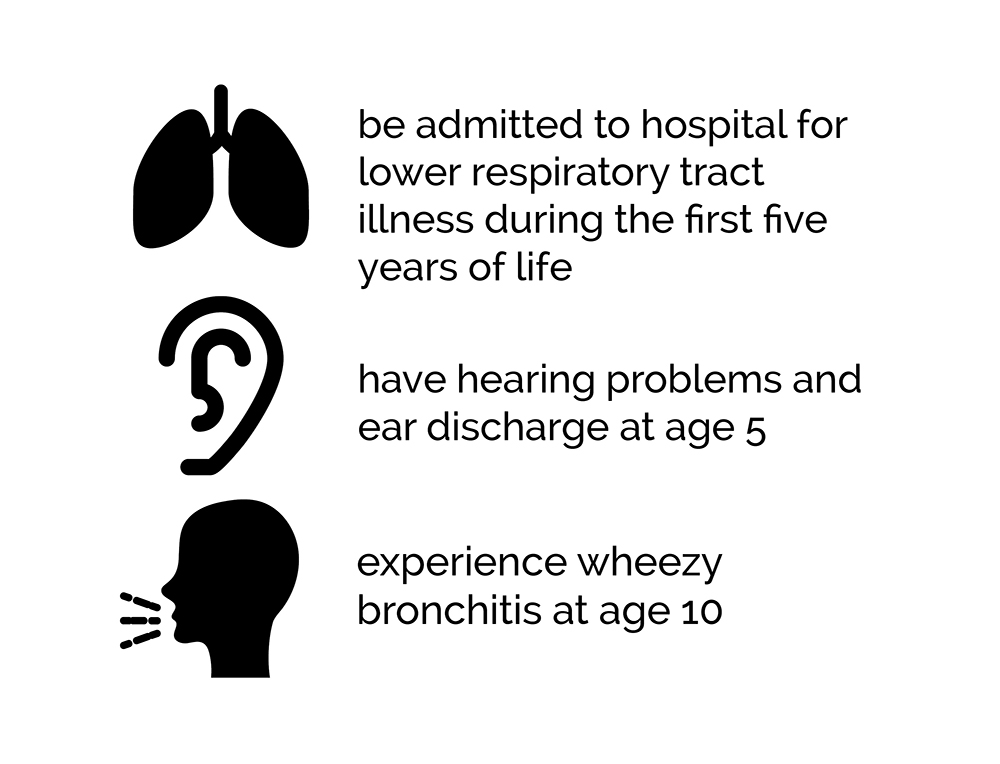 BCS70 found no link between smoking during pregnancy and convulsions or seizures during childhood.

Connections between parents’ smoking and their children’s health were also discovered as the children reached adolescence. Teenagers from households where parents smoked were found to have lower intakes of fibre, vitamin C, vitamin E, folates and magnesium – regardless of whether they smoked themselves. Interestingly, children whose mothers smoked while pregnant were actually less likely to have hay fever or eczema at age 16.

Findings from BCS70 have also demonstrated that the effects of smoking during pregnancy can endure into adulthood. Men and women whose mothers smoked while pregnant showed more signs of physical and mental distress at age 30. They were also at an increased risk of having bulimia at this age.

Are you interested in finding out more about what BCS70 has learned about health?

Evidence from the 1970 British Cohort Study has underpinned the Government’s Child Obesity Strategy.

Private school pupils are more likely than their peers at comprehensives to have a lower body mass index (BMI) by the time they reach their early 40s.

People with good motor coordination at 10 years old tend to spend less time in front of screens – either computer or TV – in adolescence and middle-age. They are also more likely to be physically active in their early 40s. 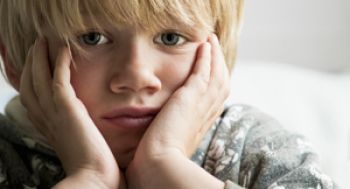 The Age 46 Survey began in July 2016 and will run until the end of December 2017. This time around, the survey is focused on your health. Find out more information about the next survey at age 46.