BCS70 is one of the most important sources of information available on lifelong learning. The experiences of your generation have helped us to understand early years development, the importance of schooling, access to universities, and the returns to education.

We regularly carry out cognitive assessments with you when we visit, and have been doing so since you were just 22 months old. We have also collected a wide range of information about your schooling, further education, and your income and employment in adulthood.

BCS70 has produced some of the most influential evidence proving that the circumstances of our very early lives can have a lasting effect on how we turn out. 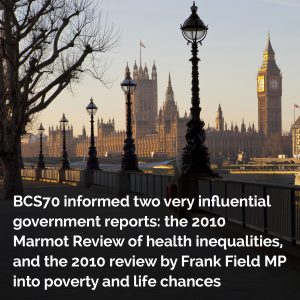 Children of educated or wealthy parents who did poorly on cognitive assessments as toddlers had a tendency to catch up by the time they reached age 10. However, children from disadvantaged backgrounds who did poorly in their early years often continued to struggle throughout childhood.

The findings were similar for the brightest children – those from better-off homes continued to perform well, whereas the average performance of bright children from poorer backgrounds slipped over time.

BCS70 has also informed the debate on secondary education. In fact, the study has provided some of the most compelling evidence on the perceived advantages of private and grammar schools.

In your generation, private school pupils were about two and a half times more likely to gain a degree from an elite university than comprehensive or grammar school pupils with the same A-level results.

These findings were true even when taking into account the fact that those who attended private and grammar schools were generally from more advantaged backgrounds and had higher test scores before they started secondary school than those at comprehensives. 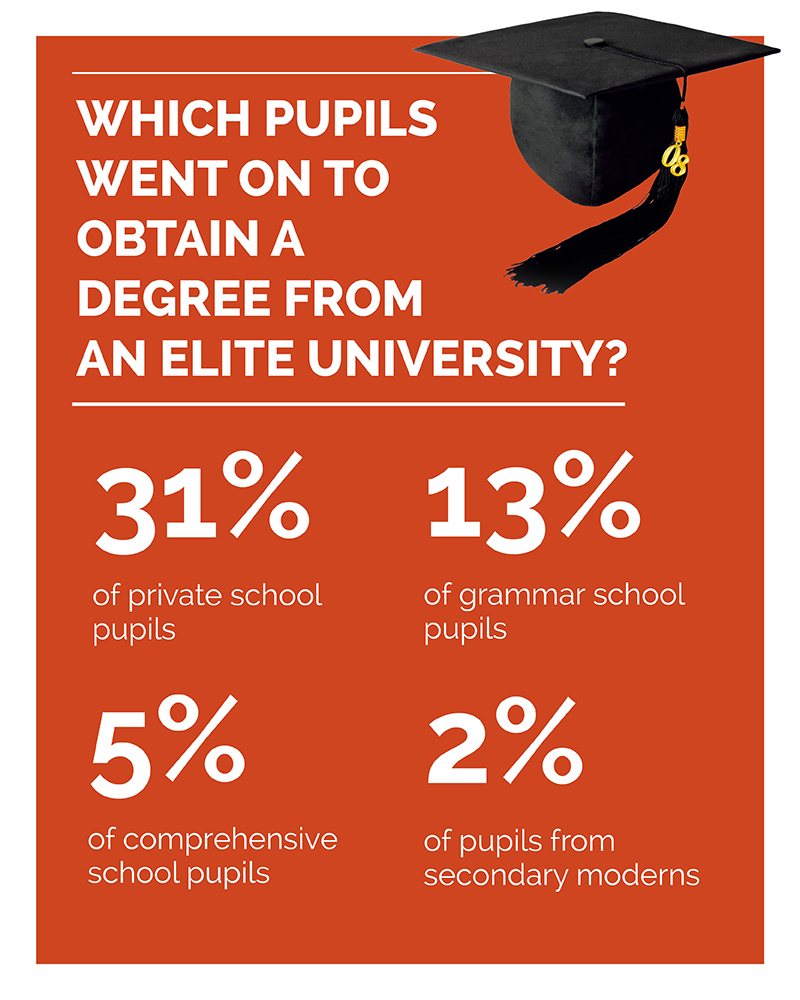 BCS70 has also helped determine whether there is a ‘wage premium’ of a private school education, and how this has changed over time. Researchers have been able to do this by comparing your experiences to those of the 1958 British birth cohort, one of the other studies we manage.

In both the 1970 and 1958 generations, privately-educated men and women tended to earn more money by their mid-30s than their state-educated peers. However, the difference in wages between private- and state-educated pupils nearly tripled between the 1958 cohort and your generation. The effect of a private education on wages remained even when taking into account other factors such as family background and cognitive ability.

The Age 10 Survey took place between 1980 and 1981, with nearly 15,000 of you taking part. The survey examined mid-childhood health, care, education, social and family circumstances. Read about what you were asked at age 10.

The Age 16 Survey took place in 1986, capturing information on continued social, physical and educational development throughout your teenage years. Almost 12,000 of you took part. Find out what we asked you when you were 16.

What we've learned about adult literacy and numeracy

Research from BCS70 has been instrumental in making the case for policies that support adult learning, in an effort to protect disadvantaged adults from poverty, ill health and marginalisation. Find out more.