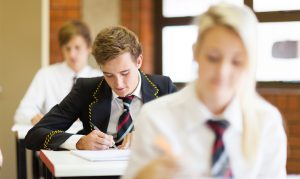 Grammar schools have been no more successful than comprehensives at helping to ensure their pupils gain a university degree or graduate from an elite higher education institution, new research suggests.

Contrary to popular opinion, a grammar school education also does not appear to have increased working-class pupils’ chances of getting a degree.

Researchers at the Institute of Education (IOE) and the University of Manchester analysed the education histories of more than 7,700 people in England and Wales whose lives are being followed by the 1970 British Cohort Study.

They found that those who attended private secondary schools in the 1980s were about two and a half times more likely to gain a degree from a highly selective Russell Group university than comprehensive or grammar school pupils with the same A-level results. They were also almost one and a half times more likely to graduate from a mainstream university than their state school peers.

Earlier this month, leading Conservative MPs called for the ban on the creation of new grammar schools to be lifted. And last week it was announced that plans for the first new grammar school annexe in 20 years had been revived by Kent County Council.

However, the findings of this IOE research – which was completed before the debate over grammar schools reopened – appear to raise doubts about the wisdom of expanding the selective secondary school system.

The study, which has been published in the Oxford Review of Education, also highlights the huge advantage associated with a private school education.

“It was surprising that grammar schooling was not linked to any significant advantage in getting a degree,” said Professor Alice Sullivan of the IOE, the study’s lead author. “Our preliminary investigations suggest that grammar schools did make a difference at O-level [the qualification replaced by GCSEs], but this did not follow through to university chances. There appears to have been a ‘leaky pipe’ between grammar school attainment and university entrance.

“We also investigated whether grammar schools were especially beneficial for working-class pupils who attended them, even if there was no overall grammar school advantage. But we found no statistical evidence to support this argument.”

Overall, 31 per cent of private school pupils in the 1970 birth cohort obtained a degree from an elite university, compared to 13 per cent from grammar schools, 5 per cent from comprehensives, and 2 per cent from secondary moderns. However, the researchers concluded that the apparent success of grammar schools on this measure could be attributed to pupils’ social backgrounds and other factors such as their attainment at age 11.

Sixteen per cent of the people included in the analysis graduated from mainstream universities while 7 per cent gained degrees from either the 24 Russell Group institutions or two other highly selective universities – Bath and St Andrews.

Professor Sullivan said that the study had shown that – for the generation born in 1970 – being bright was not necessarily enough to get a degree from a top university. “The advantages of a private education applied even when we took exam results into account,” she said.

“It is, of course, sometimes argued that elite universities are dominated by the privately educated because there is a deep pool of talent in independent schools and not enough talent in state schools – but this view was not supported by our analysis.”

Professor Sullivan and her colleagues suggest that two other factors may help to account for the greater proportion of former private school pupils with Russell Group degrees.

Having a parent with a degree also significantly increased the chances of graduating from an elite university. A person born in 1970 who had at least one graduate parent was more than twice as likely to obtain a degree from a Russell Group university as a pupil with the same A-level results, but whose parents had no qualifications.

“It is likely that graduate parents’ greater knowledge of the higher education system, and of the importance of status differentials within this system, will have played an important role here,” the study says.

“Our analysis shows that simply looking at access to higher education, rather than acknowledging the status differentials within the university sector, will tend to lead to an underestimation of the social inequalities that exist,” Professor Sullivan said. “This is likely to be even truer for the current generation than it was for the 1970 generation, given the great expansion of the HE system and the increased diversity of universities since 1992.

‘Social origins, school type and higher education destinations’, by Alice Sullivan, Samantha Parsons, Richard Wiggins, Anthony Heath and Francis Green, will be published in the Oxford Review of Education in December. (All of the article’s authors are based at the IOE except Anthony Heath, who is from the Institute for Social Change, University of Manchester).

Professor Sullivan has also written an article on her findings for the Economic and Social Research Council’s annual magazine, Britain in 2015, which will be published next Friday (November 28).