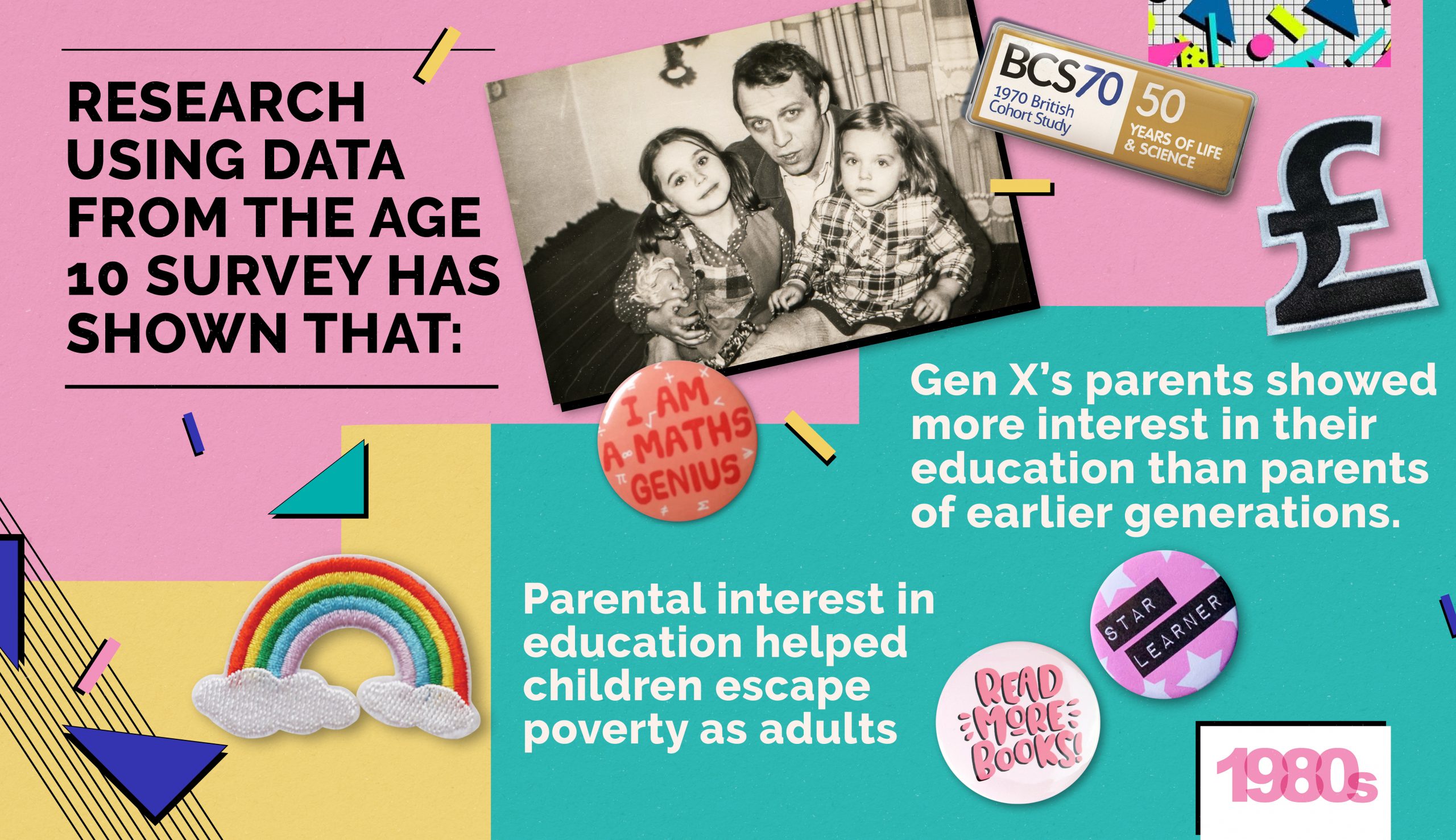 Research using data from BCS70 and other studies has shown that it can be difficult to overcome early life disadvantage and that children who grow up in poorer families are more likely to experience poverty as adults too.

But BCS70 has also revealed that children from less well-off families can and do buck this trend.

In a paper based on BCS70, published in 2006, one researcher showed that children from poorer backgrounds were less likely to be in poverty at age 30 if they had been read to on a daily basis at age 5 and if their parents had shown a big interest in their education at age 10.

Fathers’ interest appeared to have a beneficial impact on their sons, while mothers’ interest had a strong influence on their daughters. The study found that parents’ interest tended to help children improve their school test scores, and in doing so increased their chances of better education and employment prospects in the future.

In addition, boys from poorer backgrounds had greater odds of overcoming disadvantage if they had shared a classroom with more able children.

This research has been influential in informing academic and political debates on poverty, education and social mobility. It was cited by MP Frank Field in his 2010 Independent Review on Poverty and Life Chances, which aimed to galvanise government into reducing poverty and increasing the life chances of the least advantaged in society. Read the research paper.

In another piece of research, from 2005, academics revealed that parents of the 1970 cohort were more likely to have taken an interest in their children’s education compared to the parents of a cohort born 12 years earlier. When BCS70 children were 10 years old, 48% of their mothers and 36% of their fathers were very interested in their education. By comparison, 39% of mothers and 31% of fathers of the participants in the 1958 National Child Development Study had taken a big interest in their children’s education when they were aged 11. Read the briefing paper.