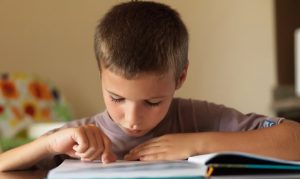 Children from better-off families who show lower ability at age 5 are still more likely to succeed in the labour market than their brighter peers from poorer homes, according to a new report.

Dr Abigail McKnight of the London School of Economics and Political Science analysed information on more than 9,000 members of the 1970 British Cohort Study, which follows people born across England, Scotland and Wales in a single week in 1970.

The cohort members’ cognitive skills were measured at age 5. Children who scored in the bottom 40 per cent were classified as ‘low attainers’. High attainers scored in the top 40 per cent. Dr McKnight compared these scores to individuals’ wages and occupations in their early 40s.

By age 42, low attainers from wealthier families earned more and were more likely to be in the top jobs than high attainers from less advantaged homes.

More advantaged children tended to have well-educated parents, a grammar or private school education and were more likely to obtain a university degree – all of which improved their career prospects.

However, children who grew up under more difficult socioeconomic circumstances were less able to convert their childhood talent into better labour market outcomes.

The report suggests that better-educated, wealthier parents may be able to offer more help with homework, exam preparation and careers advice. They may also be able to pay for extra tuition or private school.

“It’s a social scandal that all too often demography is still destiny in Britain. The government should make its core mission the levelling of the playing field so that every child in the country has an equal opportunity to go as far as their abilities can take them,” said Alan Milburn, Chair of the Commission.

“Government can make sure, for example, that the best teachers are in the most challenging schools. It can do more to pay teachers more who have got the most ability to transmit those advantages to kids who may have lots of ability, but have very few social advantages.”

Downward mobility, opportunity hoarding and the ‘glass floor’ (PDF) by Abigail McKnight was published by the Social Mobility and Child Poverty Commission in July 2015.

More on social mobility from the CLS cohorts

Grammar schools ‘made it no easier’ to gain elite university degrees, study finds

Internships and other jobs help – what are they worth in the long term?

Coverage of this story

The Independent – Wealthy parents give their less able children a ‘glass floor’ to prevent them from falling down the social ladder in Britain, says new research

The Times – Posh but dim do better than the clever poor

Mail Online – The triumph of Tim Nice But Dim: Posh but stupid children end up earning more than the poor-but-gifted