Over the past five decades study members have given their time to answer surveys, take cognitive tests and undertake health assessments. Your contribution has led to numerous important scientific discoveries that have helped to improve people’s lives. But, what has it been like to take part, and who are the people who make up BCS70? Over the year we’ll be speaking to some of you to find out more about your lives and your thoughts on being part of the study. 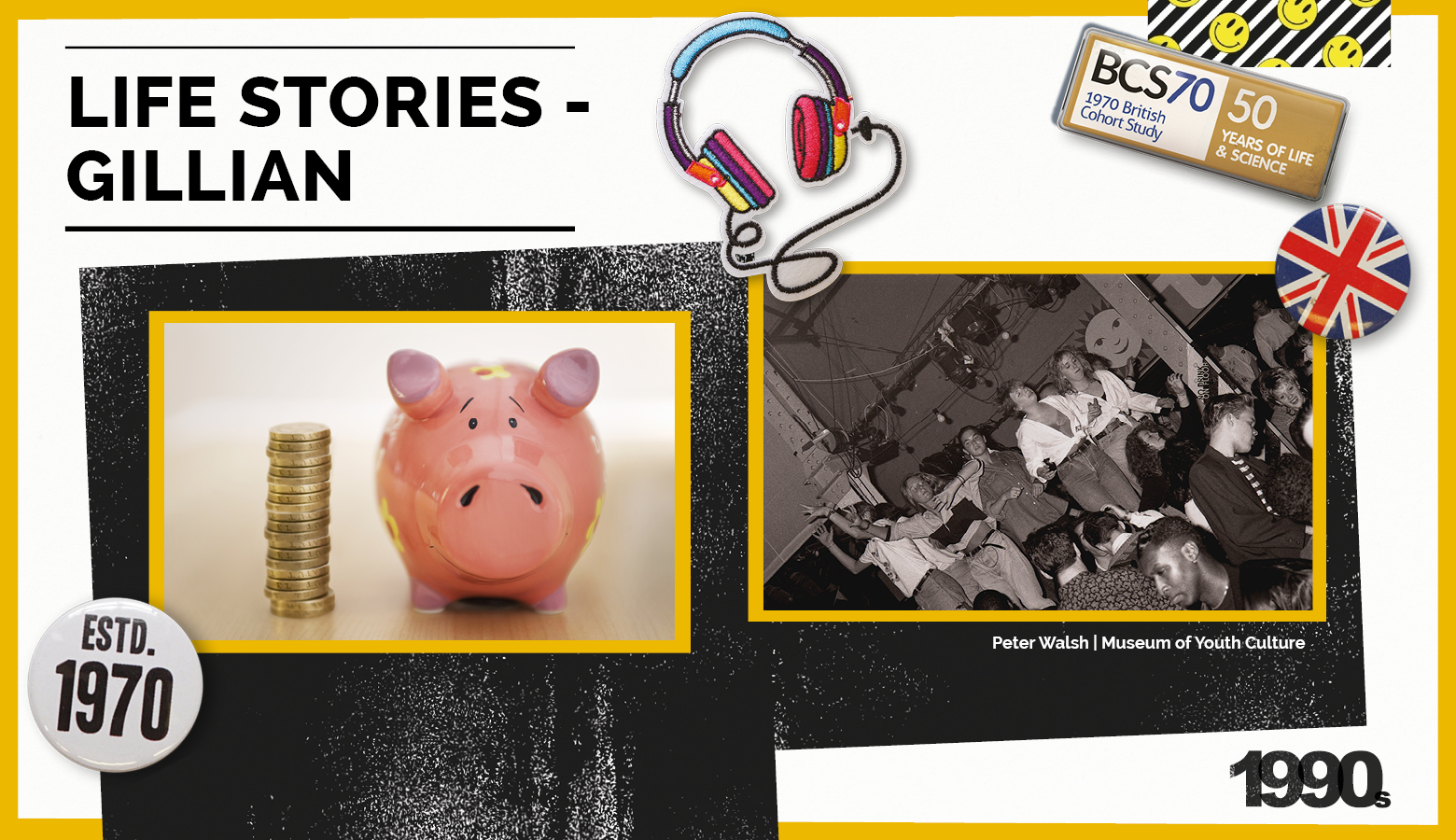 Gillian chuckles as she remembers the unrealistic expectations she faced when she was approaching adulthood, and reflects on the real life ups and downs she’s experienced over the past three decades.

Attending an all-girls school in Hertfordshire, she reminisces fondly about her tight-knit group of friends who were ‘left-wing and outraged about everything’. After going to university to study English she became a primary school teacher. Unfortunately, her teaching career was hampered by ill health, and she eventually joined the civil service, working on tax issues.

During her time at university in the north of England, where she enjoyed the Madchester live music and club scene, she met her future husband. They settled down in the north-west before having two children, which she says is one of ‘highest points in her life but also one of the most challenging’.

After taking redundancy from her role in the civil service earlier this year she started working on a project supporting unemployed people to find work and advising them on how to manage their money.

Although Gillian is very candid when reflecting on how her life has unfolded, she’s pleased that she’s been able to help people over the years.

“My friends are all having exciting careers down in London, and I’ve chosen to stay up here and probably wasn’t doing the kind of work that I really wanted to do.  You know, I did question my choices at times. It’s one of those things, isn’t it, life takes you in a certain direction. But, I’ve always wanted to do something morally worthwhile. I suppose something that is around helping people, empowering them.”

And, this altruistic spirit is certainly apparent when Gillian discusses her pride in taking part in the 1970 British Cohort Study.

“I think it makes you feel important and that as a small person in a large world – that actually what’s happening to me as part of a group of people is affecting wider issues socially. I suppose I feel like it’s a duty to take part.  And I deeply believe in the importance of the National Health Service.  So, I guess it fits with the way I would like to live my life, or like to think that I live my life morally anyway.  So, for me it’s a moral responsibility to take part.”