We are pleased to announce that Professor George Ploubidis has been appointed the new director of BCS70. 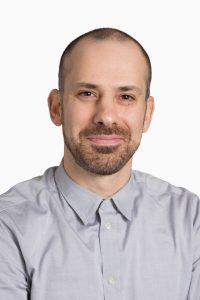 BCS70’s previous director, Professor Alice Sullivan, has stepped down after 10 years to become Head of Research at the UCL Social Research Institute. We wish Alice the very best of luck in her new role.

George has been leading BCS70 for several months as interim director. He is a Professor of Population Health and Statistics, and his own research looks at the factors that influence our health, and the drivers of health inequalities.

Since joining the UCL Centre for Longitudinal Studies in 2014, George has held a number of senior roles, including chief statistician and director of research. Prior to joining UCL, George worked at the University of Cambridge and the London School of Hygiene and Tropical Medicine.

George grew up in Athens, Greece and came to the UK in 1995 where he now lives with his wife and daughter.

“I have been using BCS70 throughout my career. The study is such an incredible resource for research, and has led to so many important discoveries in my own field and others.

I am in awe of the incredible contribution that BCS70 members have made for the past 50 years, and it is an honour and a privilege to lead the study into the next phase of its and its study members’ lives.

To all our study members, thank you so much for everything you have done, and I look forward to travelling this next part of the journey with you.”

Read George’s profile on the UCL website and watch his most recent TED talk on the power of longitudinal data. Find out more about the rest of the BCS70 team on our Meet the Team page.