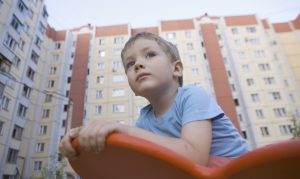 Policymakers must focus on getting disadvantaged pupils’ performance above the average in order to improve social mobility, suggests a new study published by the Institute of Education (IOE), University of London.

It is well known that a good education can improve a person’s chances in the labour market. However, in an increasingly competitive environment, those candidates with above-average grades and qualifications are most likely to land the top jobs.

Researchers from the IOE and University of Surrey analysed information on the educational attainment of English children born between 1958 and 2000. They found that while disadvantaged pupils today are more likely to reach the expected levels than in the 1960s, their likelihood of being among the high achievers has remained consistently low for the past 50 years.

The gap between the most and least advantaged pupils who achieve these standard levels of education has also narrowed over time. This is largely due to the attainment of the most deprived children improving at a faster rate than for those from the most affluent families.

However, deprived pupils are no closer to achieving the qualifications that will secure them a strong competitive advantage in today’s labour market.

Researchers found that the least deprived children remain twice as likely as the most deprived to achieve A*-B in three or more A-level subjects that appeal to universities, such as English, maths and sciences. The most disadvantaged pupils continue to be ten times less likely to attend elite universities, and roughly four times less likely to gain a post-graduate degree by their mid-30s.

“The good news is that there are more disadvantaged pupils performing at the expected level today than there were in the 1960s,” explained Dr Lindsey Macmillan, co-author of the study. “But what matters for labour market performance – and therefore social mobility – is how much education a person has compared to the competitors. Our findings indicate that policies focused primarily on reaching average attainment might not be as effective in improving social mobility as we hoped.”