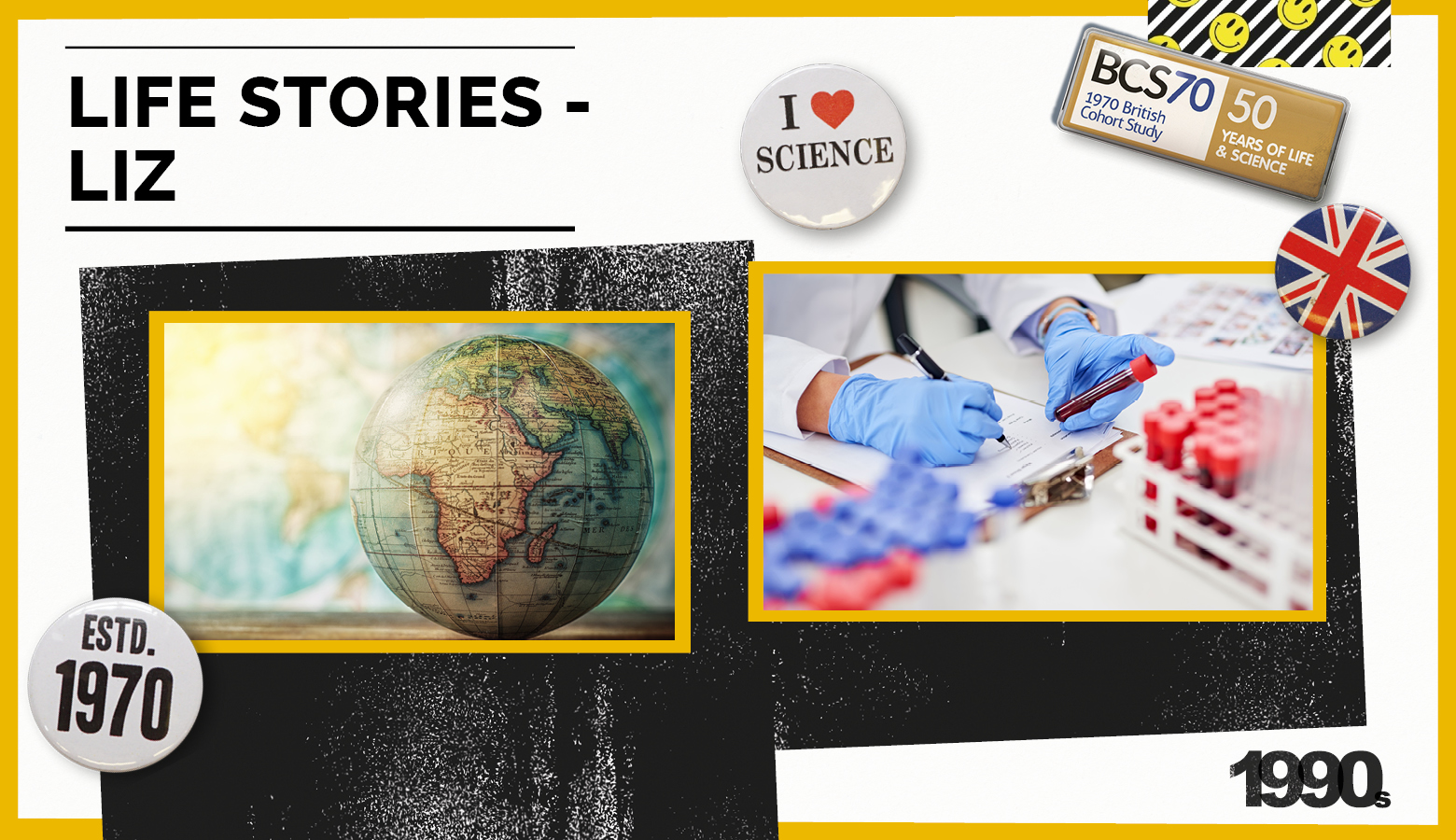 “Hopefully I’ll be living alone or sharing a flat with a friend outside my city. In a science orientated job, such as biology teaching.”

And, discussing how her life has unfolded during the intervening years, she is surprised by how accurate her predictions were.

“When I was 25 I was sharing a flat with a friend and still studying. So, I was enjoying science and am still in a teaching role, so in that regard, my dreams came true really.”

Liz was raised in a ‘loving’ working class family in Liverpool where she recalls that ‘money was always tight’. Her first memories of taking part in the 1970 British Cohort Study go right back to her early childhood when she remembers being asked to complete ‘all these weird and wonderful tasks’.

“The first thing I remember was being asked to draw a stick man and I often wondered what that measured in terms of my development. I now realise that drawing a stick man is probably quite important, but you know, that was probably one of my most vivid memories.”

During her school years, her parents’ encouragement and the library across the road helped to cultivate her love of learning. She studied hard and got into a nearby grammar school after passing her 11 plus exams.

“My mum told me that education was going to help me progress in life, and I think she was right. Neither of my parents had been to university but once I reached secondary school it started to dawn on me actually what professions were available. My friends’ parents were teachers and architects so spending time with them, it made me realise that actually you can go to university and there are opportunities out there.”

Liz made it to university before pursuing an academic career in science which continues today. During her twenties she completed her PhD before taking up research posts around the UK, and then in West Africa.

“Yeah, it was exciting, being in a different country and a completely different culture, it was a very special time for me. Of course, it was much quieter because where we were based we didn’t have TVs and we didn’t have mobile phones. It was a much simpler time, and some very good friendships came out of that period. It was an opportunity to really sort of consolidate some knowledge and learning and think about where I wanted to go next.”

After two years abroad, Liz returned to the UK and became a university lecturer. During her thirties she experienced tragedy with her mum and dad both passing away, but also started a new chapter in her life after falling in love and having a family.

“I think it’s only in retrospect that I realise how lucky I have been. I was incredibly lucky to get to the school I went to, I think I was incredibly lucky to get the opportunity to go to university. Then I met my husband, fell in love, and now I have a family. I can recognize that I’ve got a very comfortable life compared to where I’d started off.”

With more than five decades of invaluable service to the 1970 British Cohort Study, and a stimulating career in research, she now more than ever realises the importance of her participation.

“I always wanted to stay part of the cohort, but definitely, as life has gone on the relevance of the study has probably dawned on me even more. I’ve been able to see over time how our data fits in with the other studies so researchers and policymakers can compare our lives with earlier generations taking part in the 1946 and 1958 studies. I’m very proud to be part of the 1970 cohort.”