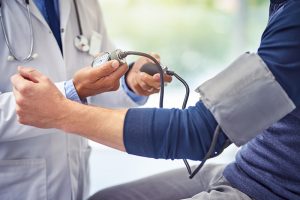 A new study published this week, based on BCS70, has found that people of your generation who grew up in poorer families are at much greater risk of having multiple long-term health problems in their late 40s. The research also reveals an association between physical and mental health conditions in childhood and adolescence, and chronic health problems in middle age. Overall, more than one in three British adults are suffering from two or more chronic health conditions in middle age.

The long roots of childhood

The research team analysed the blood samples you gave in the Age 46 Survey alongside the information you and your parents provided over the years. They found that those from the poorest families were at 43% greater risk of having multiple long-term health conditions in midlife (such as hypertension, diabetes, heart problems and mental health problems) compared to those from the most privileged families. They had almost three and half times higher risk of suffering from mental ill-health and arthritis, and around three times the risk of having poor mental health and high blood pressure in their late 40s. Lower birthweight, higher body mass index and lower scores in the tasks we set you at age 10, and worse emotional and conduct issues at age 16, were all linked to an increased risk of having multiple chronic health problems in middle age.

Health on the decline

The study also revealed that over a third of you had multiple chronic health problems at age 46, with more than a quarter (26%) drinking to risky levels, more than one in five (21%) reporting recurrent back issues, and just under a fifth (19%) experiencing mental health problems. One in six (16%) of you had high blood pressure, more than one in 10 (12%) were suffering from asthma or bronchitis, one in 13 (8%) had arthritis and one in 20 (5%) had diabetes in midlife.

Why this research is important

Thanks to information you and your parents provided over the years, researchers were able to find links between childhood circumstances and health in midlife. This information will enable policymakers to target the roots of health inequalities so that future generations can have better long-term health. Public health guidance focussing on prevention might also help adults in their 40s stay healthier for longer, and alleviate future pressures on the NHS.

This research was covered in the media this week, by the BBC, The Guardian, The Times (£), The Sun, the Daily Mail and The Telegraph (£) among others.

You can read the full study on the BMC Public Health website.