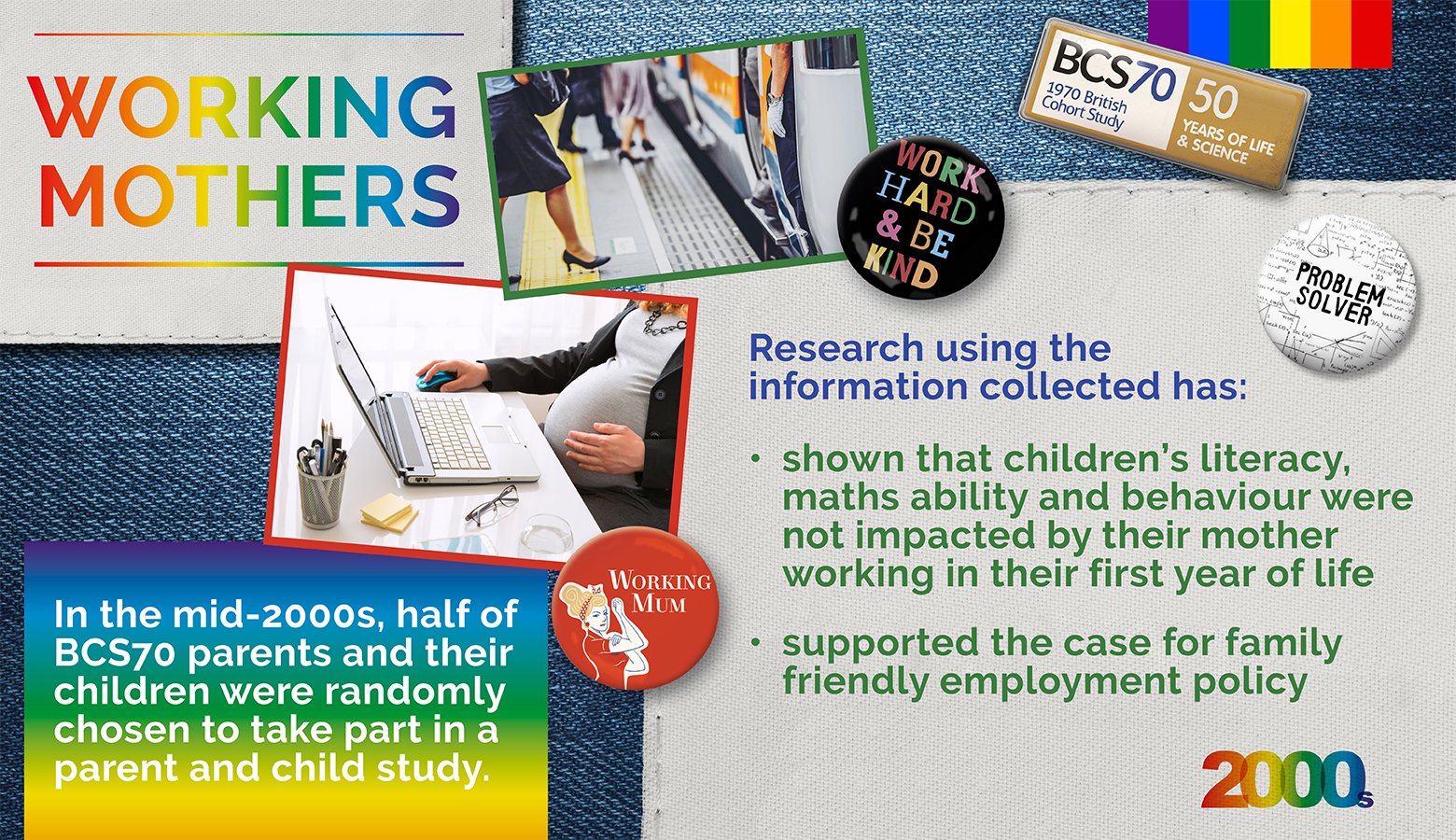 BCS70 has been an important resource for research into the potential impacts on children when mothers return to work.

The evidence BCS70 has generated on this topic over the past two decades has challenged traditional perceptions that mothers who go out to work do so at the expense of their children. This has helped to steer policy and bring about initiatives designed to create a more family friendly employment environment.

Travelling back to the 1970s, just over half of your mothers had been in paid work before you had turned five years old. Using information collected about you up to age 26, researchers were able to look at how children from similar backgrounds fared across a range of outcomes, comparing those with working mothers and those whose mothers had not worked.

Having a working mother did not in itself appear to have any bearing on how members of your generation did in reading and maths assessments at age 10 or on  their likelihood of experiencing unemployment between leaving school and age 26. The researchers did find the level of a young person’s highest qualifications was slightly lower if the mother had been employed when the child was under five. These findings helped pave the way for changes in policy through the 2000s which created more flexibility for working parents.

Fast forward to the mid-2000s. As part of the Age 34 Survey, around half of you who had gone on to have your own children were randomly chosen to take part in a special parent and child study. Parents who participated were asked about their child’s behaviour and their children completed cognitive assessments.

Analysing this new information, researchers found no association between children’s literacy, maths ability and behaviour and their mothers going out to work during the child’s first year. These findings added further weight to the argument that children are not automatically disadvantaged if their mother works. They strengthened the case for employment flexibility for parents of both sexes, which was extended during the 2000s, culminating in legislation on shared parental leave, introduced in 2015.

Does mothers’ employment affect children’s development? Evidence from the children of the British 1970 Birth Cohort and the American NLSY79 (2009)