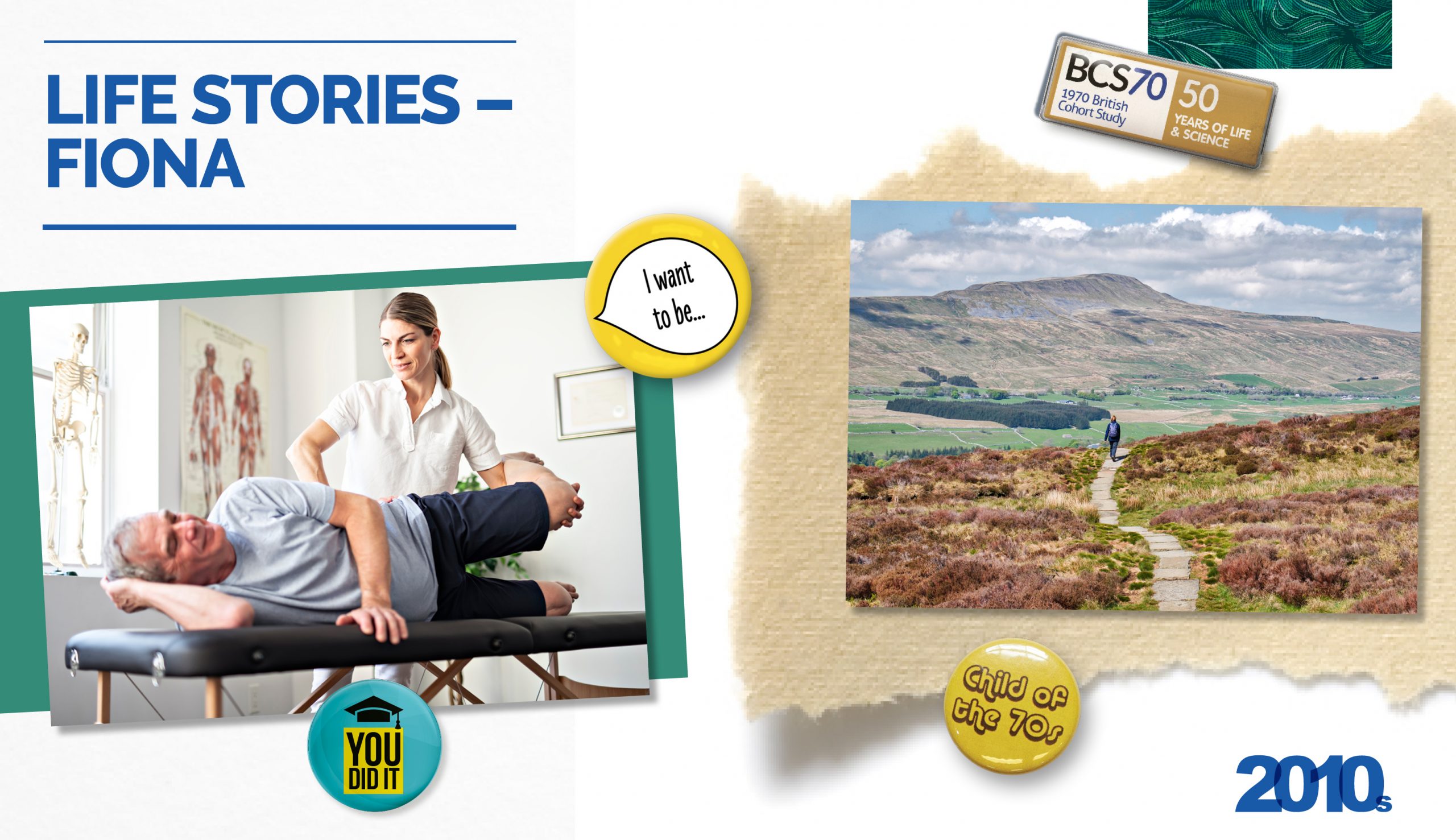 “I remember my mum saying that it was only going to go on for five years.  In fact, that’s what she says now.  And I said, ‘Oh, if you just put a zero after that number, that’s how long I’ve been involved.’ It’s amazing, really.”

As Fiona looks back on her 50 years in the 1970 British Cohort Study, she marvels at the continued commitment of the participants, and the study’s importance to British science and society.

“It’s incredible to be part of this longitudinal study. Researchers have a cohort of people that they’re able to study, which provides so much information to help all sorts of areas of life. I work for the NHS and have used the findings over the years. Not only have they been really valuable, they’re so interesting too.”

Fiona’s fascination with the study began when she was invited to the headmaster’s office at her primary school to undertake reading and other problem-solving tests. She remembers that her participation in the study piqued the interest of her teachers and fellow pupils.

During the legendary lengthy age 16 survey, which included 16 different components for participants to complete, Fiona was asked to imagine what she’d be doing in 10 years’ time. Uncannily, she predicted that she would become a physiotherapist, and by age 26, she was fulfilling her dream working as one in her local area in the north of England.

“I remember having two potential career paths in my late teens, but I didn’t realise that my ambitions were so formed by the age of 16. I can recall going for interviews at a teacher training college and for a physio course. Strangely enough, it was one of the interviewers at the teacher training college who helped me to realise that becoming a physio would suit me better.”

With three decades of experience working for the NHS, Fiona has spent the past ten years working to rehabilitate people with long-term conditions.

“I’m a team leader now. So, I manage part of the team with three of us helping people with neurological conditions, such as Parkinson’s disease, MS, and stroke victims.  We used to run it from a hospital, but now we go out and see patients in their own homes.”

With Fiona working her full-time hours in her main role over four days, she spends another day following one of her ‘passions’, which is a class specialising in treatment for people with Parkinson’s disease.

Over the years, Fiona has relished the opportunity to travel, and one of her first far flung adventures to Peru still remains a highlight. Nowadays her adventures tend to be more close to home, and she keeps active by walking around the UK, and feels especially fortunate to be near to many beautiful trekking destinations in the north of England.

“I’ve been lucky to do the sort of travelling that other people aren’t able to do, and I still love exploring new places, be that near home or just on a weekend away. As I was growing up, my parents would always take me out walking in the countryside, and I’m still doing that today. A good walk and a real ale pub, and I’m just about sorted.”

And now that Fiona can celebrate half a century in BCS70, how does she feel about her participation in the study?

“I still find it really intriguing, as each time we take part it seems like the researchers are focussing on new and different themes and topics. The last survey seemed to be very much concerned with measuring our health, so I remember doing lots of physical tests, especially on our balance, which I actually use in my job.

“But, personally, though, taking part is really rewarding as I feel like I’m giving something back to society, while also continually learning really interesting things about myself. And who else gets updates about where they and their generation are at different stages in their life? It’s great.”